Rates of HIV-associated dementia have decreased from approximately 50% in the pre-cART era to 2% currently. However, roughly 50% of patients treated with cART have the milder forms of HIV-associated neurocognitive disorder (HAND).
Sleep Disorders

In this review, study authors discuss and summarize the current evidence for the evaluation and management of the most prevalent and well-described conditions in SCI, including impact of SCI on sleep and daytime function.
Neurocognitive Disorders

Chemobrain: Experts Weigh in on Very Real — and Growing — Problem

Clinicians should know that chemotherapy-induced cognitive impairment, chemobrain, chemofog, or whatever you want to call it is a real phenomenon.
Practice Management

Georgia has been added to the growing list of states, including Kentucky, Ohio, Mississippi, and Tennessee, that have passed so-called fetal heartbeat bills.
General Neurology

The clinical approach to management of Cushing disease is often complex and education on a clear approach is paramount.
Stroke

Assessing the Risk for Stroke in Patients With Atrial Fibrillation

Atrial fibrillation, which affects up to 46.3 million people globally and 2.7 to 6.1 million individuals in the US, may represent a modifiable risk factor for acute stroke.
Next post in Stroke 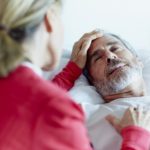 Meta-Analysis: How Do Bone Properties Change After Stroke?