Cognitive impairment in individuals with major depressive disorder should be treated as a primary problem.
Migraine and Headache

Putative pathogensis insights have grown tremendously in the past 10 years.
Movement Disorders

Effect of Depression and Anxiety on Cognition in Parkinson’s Disease

People with migraines and comorbid mood disorders often need treatments that address both conditions, as well as management of sleep, stress, and lifestyle issues.
Sleep Disorders

Patients with depression can live with symptoms for a long period of time before finding an option that works. One possibility for patients who are unable to find relief through pharmacology is transcranial magnetic stimulation. An expert offers his view on this form of treatment.
Next post in Neurobehavioral Disorders 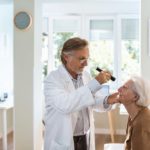