Exploring the risk of alcohol use disorders in patients with insomnia.
Next post in Sleep Disorders 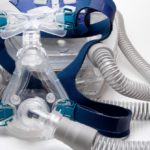