The goals of this study were to identify functional connectome fingerprints that predict symptom improvement with any treatment and with specific treatment.
Multiple Sclerosis

Recently updated diagnostic criteria for fibromyalgia that reduce the underdiagnosis in men had not been implemented during these studies.
Next post in Pain 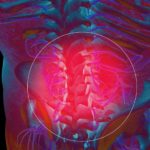