Sleep abnormalities and cognition in bipolar disorder may be related, and may affect cognition in this patient population.
Pain

Among adults without a clinical diagnosis of ADHD, heavy alcohol use predicted more severe ADHD symptoms.
Next post in Sleep Disorders 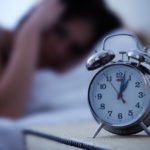