In a case-control study, researchers assessed the potential link between late-onset depression and the risk of developing major cognitive disorder.
MeetingInsight

Management of “Off” Episodes in Parkinson Disease: Novel Advancements From 2022 American Academy of Neurology Annual Meeting

The American Academy of Neurology hosted its 74th annual meeting in Seattle, Washington. Michael S. Okun, MD, shares his key takeaways from the plethora of sessions discussing advancements in the management of “off” episodes for patients with Parkinson disease. New drug delivery systems and formulations for carbidopa/levodopa (CD/LD) are among the exciting changes from the 2022 AAN meeting.
HowToTreat

Spinal muscular atrophy is one of the most common causes of infant mortality. Historically, SMA treatment consisted of supportive care only. The arrival of disease-modifying therapies has made a major impact on the prognosis for patients with SMA. This article highlights therapies approved by the FDA, such as survival motor neuron 2 (SMN2) modulators, SMN1 gene therapy, and the use of newborn screening to commence treatment in the pre-symptomatic period.
Neurobehavioral Disorders

Researchers sought to explore the relationship between lithium use and the incidence of dementia/dementia subtypes.
Next post in Alzheimer's Disease and Dementia 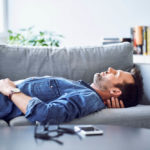