Migraine appears to correlate with the presence of gastroesophageal reflux disease (GERD), Helicobacter pylori infection, and duodenal ulcer, a study in the Journal of Research in Medical Sciences suggests.

A total of 341 patients with dyspepsia who underwent upper gastrointestinal endoscopy in Iran during 2016 and 2018 were enrolled in the observational, cross-sectional study. The researchers used a checklist to collect data on patients’ demographics, symptoms, and endoscopy and H pylori testing results.

Patients also responded to a questionnaire to identify migraine based on the International Headache Society criteria in patients who had headache. Gastric ulcer and duodenal ulcer was diagnosed based on a gastroenterologist who performed the endoscopy.

The presence of duodenal ulcer was most often associated with migraine (P =.001), whereas no correlation was found between migraine and gastric ulcer (P =.863). A multiple logistic regression analysis found an association between family history of migraine with gastrointestinal disorders (odds ratio, 5.49; 95% CI, 3.34-9.01; P >.001).

Limitations of the study include the small sample size, as well as the inclusion of patients from a single center.

The researchers added that “treatment of underlying [gastrointestinal] disorders may help relieve headaches,” according to their findings. 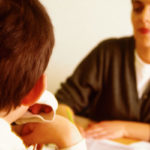