Brains of individuals with migraine show dynamic changes over time, in particular, increases and decreases in gray matter volume in frontotemporoparietal areas associated with nociception, according to a study recently published in Neurology. These changes were found to be associated with patients’ clinical characteristics, particularly length and severity of disease.

Gray matter volume changes were assessed via a full-brain analysis using SPM12 and a standard linear models, with 3-dimensional T1-weighted and brain T2-weighted scans collected at baseline. Limitations to this study include the fact that 8 and 25 of the patients were using preventative therapy at follow-up and at baseline, respectively, which could have influenced the results.

The researchers concluded that “the migraine brain changes dynamically over time, and different pathophysiologic mechanisms can occur in response to patients’ disease severity. The interaction between predisposing brain traits and experience-dependent responses might vary across different nociceptive and visual areas, thus leading to distinct patterns of longitudinal [gray matter] volume changes.” 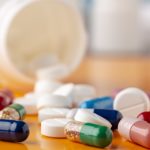