Currently, the diagnosis of pediatric primary intracranial hypertension (PIH) is made based largely on recommendations formulated for adult populations. The most prominent diagnostic feature is measurement of opening pressure, which is considered somewhat controversial, as normal cerebrospinal (CSF) opening pressure for young children is significantly different from that of adults, varying between 10 and 100 mm of water, whereas the upper limits for diagnosis established by the Modified Dandy Criteria are 250 mm of water.1 An upper limit of 180 mm of water was suggested in 2007 by Rangwala and Liu2 in children under age 8 (and over age 8 without papilledema), although this has not been formally adopted.

Neurology Advisor: Adult PIH is more commonly noted in obese females. What theories have been proposed explaining the observation that PIH is found equally among young boys and girls?

Dr Sivaswamy: There appear to be 2 somewhat distinct categories of PIH — postpubertal obese females and prepubertal children who are not obese.3 Specifically, it has been recently noted that young children below the age of 7 years in girls and 8.5 years in boys have body mass index values that are similar to age-matched controls.4

It has been theorized that prepubertal children may have other predisposing factors associated with “primary” intracranial hypertension (the term “pseudo tumor cerebri syndrome” may be applicable in these instances), such as use of growth hormone supplements, antibiotics, excess of vitamin A, chronic kidney disease, or Down syndrome, which are equally common in both genders.5,6

However, in most instances of young children with PIH, such risk factors are absent. It may be that other pathogenic mechanisms may be at play in young children with PIH — such as poor efficacy of the arachnoid villi or overproduction of CSF — although evidence for either is lacking currently. These mechanisms may be equally relevant to young boys and girls, which would explain similar prevalence in both genders.

Neurology Advisor: Similarly, obesity in prepubertal children with PIH does not appear to have the same relationship with PIH as adults. What might explain this?

Dr Sivaswamy: Adiposity-driven mineralocorticoid activity may increase CSF production, which is one of theories to explain why obese children are predisposed to PIH.7 Children with secondary pseudotumor cerebri syndromes who have other risk factors — such as use of antibiotics — may be particularly predisposed to intracranial hypertension when obesity is an added risk factor.8

Nonetheless, prepubertal children on the whole tend to be closer to their healthy cohorts in terms of body mass index when diagnosed with PIH. The pathophysiology in such cases is poorly explained but may be similar to those mentioned above (ie, arachnoid villi dysfunction or hitherto unexplored mechanisms such as altered CSF dynamics resulting from stenosis of the transverse venous sinus).

Dr Sivaswamy: Current guidelines utilize similar criteria for both pediatric and adult PIH, with some minor differences with respect to opening pressure (28 cm of water in a sedated or overweight child and 25 cm of water in others). While it may well be that PIH in a child may be a distinct entity, it is more likely that different pathophysiologic mechanisms are at play in children, causing the same disease.

An analogy that comes to mind is pediatric stroke where the etiology and symptoms are very different in children compared with adults, but nonetheless are recognizable to clinicians under the same spectrum of vascular-related events as adult stroke.

Neurology Advisor: Given that fundus edema is not universally present, what should prompt pediatricians to do a further workup for a potential diagnosis of pediatric PIH?

Dr Sivaswamy: A child may have elevated intracranial pressure before papilledema develops and papilledema may never develop in some children because of anatomic differences in the structure of their globes. The criteria suggested by Friedman et al9 suggest that papilledema is important to the diagnosis of PIH.

Neurology Advisor: What should a pediatric workup for PIH include?

Dr Sivaswamy: Radiologic findings can serve as useful ancillary tools in the diagnosis of PIH. These include optic nerve sheath distension or ectasia, flattening of the posterior globe, empty or partially empty sella, prominence of the Meckel’s cave, and stenosis of the transverse sinus. While presence of these findings can veer the pediatrician toward early referral to a neurologist and/or measurement of opening pressure by lumbar puncture, the absence of these markers on imaging does not exclude the diagnosis, especially in children.10

Further, it is worth mentioning that swelling of the optic nerve does not necessarily indicate papilledema (and by extension raised intracranial pressure) because optic neuropathy from a variety of conditions can lead to swelling as noted by an ophthalmoscope.

The most important consideration leading pediatricians to suspect PIH would be the unique constellation of symptoms, including headache that may have postural variation, diplopia, tinnitus, and transient visual symptoms. Many times these symptoms may have to be identified individually by questioning children directly.

Presence of a cranial nerve palsy, especially abducens palsy, would raise the index of suspicion significantly in the absence of papilledema. Finally, a low threshold for performing a lumbar puncture in children with these symptoms and signs is probably the most judicious course of action. It must be noted that measurement of opening pressure in a single instance in itself does not always lead to a definitive diagnosis in all cases. In other words, one size does not fit all in PIH. 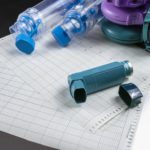