Migraine is not typically included in the clinical features of multiple sclerosis (MS), although it occurs 2 to 3 times more frequently in patients with MS than the general population.1,2 Clinical overlap between migraine and MS has been recognized since 1952, when a study by McAlpine and Compston3 observed that 2% of patients with MS developed migraine within 3 months of an initial relapse. A higher overall prevalence of migraine in MS has since been supported by multiple controlled and uncontrolled studies reporting rates between 21% and 69%.1 Still, the effects of this possible association are unclear, with hypotheses suggesting that migraine may be a precursor of MS, that migraine and MS share a common pathophysiology, and that migraine experienced in MS is a distinct subtype.

A 2013 observational study by Moisset, et al4 found that 46% of 673 patients with MS reported migraine in the previous month, with 15% of those patients reporting a frequency of 15 or more moderate-intensity headaches per month. Patients with MS and migraine were younger and had a shorter disease course than patients in a comparison group with neuropathic pain. A survey by Martinelli, et al5 in a group of 428 patients with MS found a lifetime prevalence of tension-type headache (TTH) of 58.5%, while Putzki and colleagues6 found a similar overall rate of headache in MS (56.2%) of 37.2% TTH and 24.6% migraine.

Of note, the demographics of patients affected by both migraine and MS are similar, with younger people and women more frequently affected, and a higher prevalence in white compared with black and Asian populations.7

Is Migraine a Precursor of MS?

Kister and colleagues8 were the first to suggest that migraine-like headache may be a presenting symptom of MS rather than just a comorbid diagnosis. Although data have not yet supported this hypothesis, they did argue that “the fact that migraine generally predates MS by many years, and the rarity of migraine at MS onset would seem to indicate that in most cases migraine is more likely to be a pre-existing diagnosis.”

In a sub-study of the Nurses’ Health Study II (NHS-II) cohort in 2012,8 Kister and colleagues8 found a small but significant increase in absolute risk for developing MS in women with migraine over a 15-year follow-up period compared with women without migraine (0.47% vs 0.32%), which suggested migraine as a possible early symptom in the development of MS. The odds of being diagnosed with migraine after an MS diagnosis were also higher but did not reach significance.

More recently, a single case report by Lin, et al9 indicated that migraine with worsening symptoms in a 33-year-old woman was actually an initial symptom of MS, diagnosed according to McDonald 2010 criteria. The patient had a long-standing history of migraine since adolescence, presenting as severe unilateral throbbing headaches with a frequency of 1 to 2 days per month. These were often accompanied by nausea and vomiting, photophobia, visual disturbances, and anorexia. A sudden worsening of the headache severity coupled with a duration of more than 15 months seemed to have masked an initial episode of MS, which she described as blurred vision in both eyes and facial numbness that subsided in 24 hours, and for which she did not seek medical care. These symptoms prompted magnetic resonance imaging (MRI) studies that revealed hyperintense lesions in the periventricular white matter, the corpus collosum, and periaqueductal gray matter, which, when enhancement was added, suggested active demyelination.

Recent evidence suggests an autoimmune mechanism that contributes to migraine.10,11 Kister and colleagues1 reported a bidirectional model that pointed to shared factors that predispose patients with one disease to also have the other. At the same time, they ruled out common genetic or environmental risk factors in migraine and MS as contributing or even predominant causes. In a 2010 survey, more patients with migraine were found to experience episodic neurologic dysfunction (END) lasting longer than 24 hours than patients without migraine, suggesting that the spread of cortical depression may be a common precipitating factor that “unmasks” MS symptoms.1

The Kister group also suggested a potential “migraine-MS” subtype that could explain differences in this population compared with the non-MS migraine population. They did note significant increases in both pain and non-pain-related MS symptoms in patients in the comorbid MS-migraine group compared with the non-migraine group.1 These patients had a more severe disease course, including more END episodes, and they were more likely to be diagnosed with progressive MS than the relapsing-remitting form of the disease.

The investigators suggested 2 mechanisms that could account for a worsening of disease course in MS patients with migraine:

The latter mechanism would not result in altered magnetic resonance imaging (MRI) status, however, again supporting the possibility of a unique overlapping etiology.

Overall, increasing evidence suggests a relationship between migraine and MS that is beyond comorbidity and may help clarify the pathophysiology of both disorders. In the meantime, clinical diagnosis of both MS and migraine should involve the examination of potential overlapping etiologies when considering treatment. 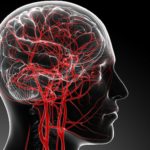