When compared with healthy controls, the neurological responses to visual stimulation, between attacks, were abnormal for women participants with migraine: The difference was more significant when the stimulus was in the high-frequency range, according to a study published in The Journal of Headache and Pain.

The current study was designed to explore the abnormal neuromagnetic activation between migraine attacks in women, using pattern-reversed visual evoked magnetic fields (VEFs) and magnetoencephalography (MEG). The researchers compared 17 women in a headache-free phase with 17 matched healthy controls, using a 275-channel MEG system. VEFs were generated using a pattern-reversal check as the visual stimulus. The visual task stimulus consisted of 100 triggers each for left, right, and full field for 1 set of recording, and these were averaged and used to analyze spectrum, waveform, and source location within 2 frequency ranges: 5 to 100 Hz and 100 to 1000 Hz.

For participants with migraines, the latency of second peak of VEFs showed significant prolongations when compared with healthy controls, with cortical spectral power of the migraine participants being similar to healthy controls on the sensor level in the 5 to 100 Hz range, but lower in the 100 to 1000 Hz range. A decrement of visual cortex source strength was seen in migraine participants compared with healthy controls in both the 5 to 100 Hz and 100 to 1000 Hz ranges, with a similar odds of activation between the two groups in both frequency ranges in the area beyond the primary visual cortex. When analysis extended to clinical data (headache frequency, headache intensity, and headache-history duration), no correlation was found between these characteristics and MEG results.

Study investigators concluded that “results add to the existing evidence that cortical interictal excitability change may be relative to the pain-module mechanism in migraine brains. Thus, [the] data improved the apprehension of the cortical disorder of migraine in the high-frequency domain.” 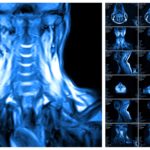