Investigators pooled data from the SAMURAI (NCT02439320) and SPARTAN (NCT02605174) studies in which individuals with migraine were randomly assigned to receive oral lasmiditan 50 mg, 100 mg, 200 mg, or a placebo. Randomization for the second dose also occurred at baseline and researchers randomly assigned patients in lasmiditan groups 2:1 to receive either the same dose of lasmiditan or a placebo for second dose; participants who received placebo as first dose also received a placebo for the second dose.

Participants who were assigned to a first dose of lasmiditan reported similar efficacy outcomes (pain-free, pain relief, and free from most-bothersome symptoms) 2 hours after a second dose taken as rescue treatment, whether the second dose was lasmiditan or placebo (P >.05). Efficacy outcomes measured 2 hours after a second dose taken for recurrence were as follows: pain-free, 50% vs 32% (P >.05); pain relief, 77% vs 52% (P =.03); and free of most-bothersome symptoms, 71% vs 41% (P =.02). In participants assigned to a first dose of lasmiditan, the incidence of treatment-emergent adverse events from lasmiditan or placebo as second dose was similar; the most frequently reported adverse effects after a second dose were dizziness, paresthesia, fatigue, asthenia, nausea, and somnolence.

Limitations of the study included the smaller number of participants who took a second dose of lasmiditan for migraine recurrence, which limited power to detect group differences, and the exploratory nature of the analyses in which no adjustments were made for multiple comparisons.

Loo LS, Plato BM, Turner IM, et al. Effect of a rescue or recurrence dose of lasmiditan on efficacy and safety in the acute treatment of migraine: findings from the phase 3 trials (SAMURAI and SPARTAN). BMC Neurol. 2019;19(1):191. 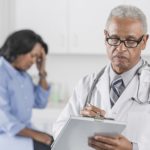