The average follow-up period for this study was 3.3 years. Data were drawn from a longitudinal cohort of individuals with a minimum of 5-year duration of Parkinson disease. Movement disorders specialists performed assessments of impulse control disorders through in-person interviews. The study researchers utilized Poisson models and generalized estimating equations to evaluate the correlation between several factors of dopamine agonist use. These definitions accounted for length of treatment, dose, and use of other drugs for Parkinson disease. Impulse control disorders were assessed during every visit. 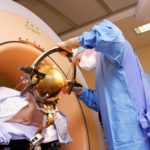