Inner retinal layer thickness could be an early indication for Parkinson disease and may correlate with nigral dopaminergic collapse, pathologic alterations, and disease severity, according to a study published in Neurology.

Treatment-naive patients with Parkinson disease (n=49) were matched with healthy controls (n=54) for analysis of retinal degeneration based on ophthalmological examinations, spectralis optical coherence tomography images, and microperimetry tests.  Researchers calculated retinal thickness as the distance from the nerve fiber layer to the hyporeflective line above the retinal pigment epithelium, and researchers took this measurement using the guidelines in the Early Treatment of Diabetic Retinopathy Study in the subfields of 1-, 2.22-, and 3.45-mm circles. The average microperimetry threshold was used to compute the representative macular sensitivity value at each sector. Brain images were analyzed for dopamine transporters in the caudate nucleus, anterior and posterior putamen, substantia nigra, and cerebellum.

Future studies need to evaluate a larger sample size and employ a longer follow-up time frame to assess the correlation with disease severity.

In conclusion, the researchers suggest that “measures of the inner retinal layer thickness, particularly in the inferior sectors near the foveal area, may be suggested as a candidate biomarker for early [Parkinson disease] that may also reflect nigral dopaminergic cell loss.”

This study was supported by the Seoul Metropolitan Government Seoul National University Boramae Medical Center and by the Ministry of Education, Science and Technology in Korea. Please refer to reference for a complete list of authors’ disclosures. 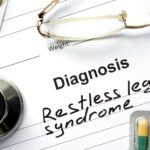 Characterization of Parkinson Disease With Restlessness