The number of cortical lesions in patients with multiple sclerosis (MS) is a predictive factor for cognitive impairment and can be used to improve the identification and management of the cognitive effects of MS, as well as to monitor the effects of potential neuroprotective therapies, according to a study published in Brain and Behavior.

Using high-field 3.0 Tesla MRI 3-D-DIR sequencing, which is readily available in European clinical practice settings, the study sought to investigate the association between cortical lesion load and cognitive impairment for patients with relapsing-remitting and progressive MS. Thirty consecutive patients referred to the MS Centre of Parma and presenting with cortical lesions between October of 2014 and January of 2015 were enrolled in the study, along with an equal group of consecutive MS Centre patients without cortical lesions. Cognitive impairment was measured using neuropsychological tests, and depression was evaluated using the Beck Depression Inventory due to the well-known association between mood disorders and cognitive performance. No patients with severe depression were included in the study.

A significant correlation between cortical lesion load and cognitive impairment was found, and multivariate logistic regression determined that age was the only independent predictive factor for cognitive impairment (B=0.147; odds ratio [OR] 1.159; CI 95%, 1.059-1.269; P <.001). Mild cognitive impairment was correlated with total number of cortical lesions (B=0.388; OR 1.474; CI 95%, 0.964-2.255, P =.04) in addition to age (B=0.059; OR 1.061; CI 95%, 1.004-1.122, P =.03).  Investigators found a correlation between total, temporal, frontal, and parietal cortical lesion number and pathological scores with the Rao Brief Repeatable Battery of Neuropsychological Tests related to memory, attention, and information processing speed.

Study investigators conclude that while larger MRI longitudinal studies are needed to further explore this correlation, the current study’s findings have many relevant clinical implications. They believe that “detection of a considerable [cortical lesion] load ought to recommend a specific neuropsychological assessment, often missed in a routine evaluation. Indeed, an early diagnosis of [cognitive impairment] is fundamental, because of its potential dramatic impact on the quality of life and functioning of patients with MS. The monitoring of [cortical lesion] burden can also be useful to monitor the potential neuroprotective effects of disease-modifying drugs.” 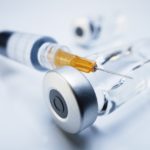