The influence of gender on multiple sclerosis (MS) has been demonstrated in all aspects of the disease, from increased susceptibility in women to a worsened disease course and outcomes in men.1-4 Although the pathophysiology of MS is not yet clear, a number of studies have revealed gender-based patterns that point to hormonal mechanisms — and the potential for hormonal-based therapies.

Female gender is considered an independent risk factor for MS, at a commonly reported ratio of 3:1 over men, although several large cohort studies have reported a higher differential.1-3 More importantly, the gender gap is widening over time, according to Tanuja Chitnis, MD, FAAN, director of the Partners Pediatric Multiple Sclerosis Center at Massachusetts General Hospital and the Translational Neuroimmunology Research Center at Brigham and Women’s Hospital in Boston. In an interview with Neurology Advisor, Dr Chitnis referred to a 2006 Canadian study demonstrating that the incidence ratio in MS had been increasing over the previous 50 years.

In the study, Orton and colleagues5 noted a substantial and rapid increase in the female-to-male ratio of MS in Canada, attributable largely to a disproportional increase in women diagnosed with the disease. “It could be because women are reaching more health care and we have better diagnostics for MS in general,” Dr Chitnis told Neurology Advisor, “but I don’t think that’s the whole story, as that’s also true for men.” Several known risk factors for MS may affect women differently compared with men, she said, including obesity during adolescence and vitamin D deficiency, especially during adolescence.

The course of MS is affected significantly by gender. Estrogen plays a continued role in promoting inflammation throughout the disease, Dr Chitnis observed. Studies show that women are far more likely to experience a less severe disease course at a ratio of 4:1, and pregnancy affords a protective effect lasting up to 5 years.1,2,6 Correspondingly, men are more likely to have poorer outcomes, and to show a higher proclivity toward cognitive impairment.1-3

According to Patricia Coyle, MD, director of the Multiple Sclerosis-Adult Comprehensive Care Center at Stony Brook Neurosciences Institute in New York, hormonal differences do not explain the variations in disease course fully. “Men and women show genetic and epigenetic differences, nervous system and immune response differences, and possibly sex-based human microbiota differences,” she told Neurology Advisor. “Most (not all) studies indicate men have a worse prognosis with MS, even after accounting for their higher rate of the primary progressive phenotype. That unusual phenotype (with slow worsening from onset and a later age at onset) affects men and women equally.”

Dr Chitnis, who is also medical director of the CLIMB Natural History study, which includes approximately 2000 people with MS followed over 10 years, observed from the cohort that men with MS have a faster time to disability milestones and a poorer recovery from active flares. In looking at the influence of testosterone on disease activity, she said, “You would think that testosterone is generally protective, and in fact, men with MS tend to have lower testosterone levels than men who do not have MS. We found that among the men who have MS, if they have low testosterone, it was also associated with greater disability.”

Dr Chitnis and colleagues examined the role of prenatal testosterone levels on future risk for MS.7,8 “In our study of the 2D-4D ratio, measurement of second and fourth digit is a proxy for what your testosterone in utero is. Low test levels reflected by this score were associated with higher risk later on,” she stated.

Despite the increasing trends toward a gender bias for the development of MS, the role of hormones, particularly as a therapeutic option, remains controversial. Dr Chitnis felt that, although studies have clearly shown that disease modifying therapies work for both men and women, “…there may be differences based on hormonal status, body weight, and distribution that have not been thoroughly explored.” She noted that some newer therapies in development are being designed to target specific hormones that are differentially expressed in women and men. There is also testosterone supplementation to reduce male risk for cognitive dysfunction. “Vitamin D is a quintessential adjunctive therapy in MS, and studies have shown that it has a differential effect on immune cell subsets in male vs female mice,” she added.

Dr Coyle concurs, reporting that the evidence does not support any major differences observed in disease modifying therapies responses for MS based on gender, although she did note a single confounding study.9 “There is a provocative post-hoc analysis of the phase 3 ORATORIO trial in primary progressive MS (PPMS), where patients were [randomly assigned] to ocrelizumab vs placebo. Women with PPMS showed no treatment impact on disease worsening. The explanation for this is unknown,” she said, adding that, “Most other studies have shown no sex-based differences in therapeutic response.”

Additionally, Dr Coyle does not advocate hormonal therapy as an MS treatment plan currently. “In my opinion, there is not substantive data to use hormone therapy in MS. It is unproven thus far. The choice to use hormone therapy I consider independent of MS,” she said, stating that it is clear that the observed gender bias in MS is not just hormonal. 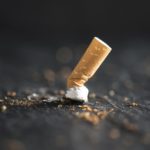