VANCOUVER, British Columbia – Antecedent aspirin use may be neuroprotective in acute ischemic stroke, as identified by data presented at the 2016 annual meeting of the American Academy of Neurology.

Although aspirin has been recognized as a preventive measure for stroke, its role in mitigating stroke severity is not well known. Previous studies measuring the benefit of antecedent aspirin use on National Institutes of Health Stroke Scale (NIHSS) score did not account for acute infarct volume.

In order to investigate the effect of antecedent aspirin use on stroke severity independent of infarct size, Sarah Nelson, MD, of Massachusetts General Hospital, and colleagues conducted a retrospective database analysis of consecutive patients presenting with acute ischemic stroke. Patients were included in the study if magnetic resonance imaging (MRI) of the brain obtained at admission was available for volumetric analysis of acute infarct size.

While the mechanism behind the apparent protective association between antecedent aspirin and stroke severity is not clear, the authors suggest that patients at a high risk for stroke may benefit from an aspirin regimen. 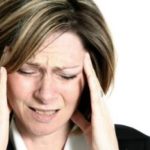