VANCOUVER, British Columbia — Among patients with multiple sclerosis (MS), alterations in resting state functional magnetic resonance imaging (rs-fMRI) were associated with cognitive dysfunction, according to results presented at the 2016 annual meeting of the American Academy of Neurology (AAN).

The study aimed to quantify functional connectivity differences in patients with MS compared with controls, and to determine the association between these alterations and cognitive performance measures.

Currently, cognitive impairment occurs in 40% to 70% of patients with MS and is significantly related to decreased quality of life, but it is poorly predicted by MS lesion location and lesion load, Mr Conrad said, noting that rs-fMRI provides a simple, noninvasive way to assess brain connectivity without the need for a particular behavioral paradigm.

“Studies looking at rs-fMRI in MS patients have shown common alterations in functional connectivity compared to healthy controls, which may be related to pathology not detected by routine MRI, such as demyelination in gray matter or normal-appearing white matter,” he said. “These measures may provide biomarkers of dysfunction, even before structural damage occurs. More research is needed to understand altered connectivity profiles associated with MS and how functional connectivity is related to cognitive performance.”

For the study, the investigators conducted 7T rs-fMRI in 44 healthy controls and 16 patients with MS. They performed preprocessing in SPM12, including white matter and cerebrospinal fluid signal regression, and seed-based group level analyses to examine correlations in the blood oxygen level-dependent time series across brain regions.

In other results, left planum polare connectivity to the bilateral insula was associated with improved performance on the aced Auditory Serial Addition Test; increased caudate connectivity, including to the bilateral hippocampi, yielded improved recall on the Buschke Selective Reminding Test; and connectivity of the left putamen resulted in faster choice reaction time.

Conrad concluded that rs-fMRI is a promising tool for clinical assessment in MS.

“Indices of functional connectivity may provide valuable information on the individual level in terms of treatment monitoring and targeted therapeutic approaches,” he said. “For instance, early detection of changes associated with cognitive dysfunction might dictate initiation of aggressive immunomodulatory therapy, which may slow down the progression of cognitive impairment.”

Mr Conrad added that he and his colleagues are enthusiastic as to how 7T rs-fMRI relates to cognitive performance.

“The study provides an encouraging application of ultra-high field MRI in the assessment of functional connectivity,” he said. 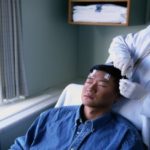