VANCOUVER, British Columbia — New research suggests that prothrombin complex concentrate (PCC), the vitamin K antagonist reversal agent, was associated with a significantly lower rate of mean change in intracerebral hemorrhage volume (ICH) in patients to whom the agent was administered before 195 minutes compared with those whose reversal was completed after 195 minutes.

At present, although anticoagulation reversal is recommended for patients on vitamin K antagonists or novel anticoagulants and with ICH, guideline recommendations vary and standardized protocols are inconsistent.

“While our institution has guidelines indicating appropriate products for reversal, no specific timeline is indicated,” Chandan Mehta, MD, of the Henry Ford Hospital, Detroit, Michigan, and fellow researchers wrote in the abstract, which was presented at the 2016 annual meeting of the American Academy of Neurology (AAN). “ICH volume is known to increase by approximately 38% within the first 3 hours. Increase in hemorrhage size may be heightened in patients on anticoagulation without timely reversal.”

This led Dr Mehta and colleagues to conduct the present study, which aimed to ascertain a specified window for vitamin K antagonist reversal that resulted in the ICH volume remaining below the mean growth in a control population on follow-up imaging.

The study consisted of a retrospective chart review of patients at Henry Ford Hospital between 2013 and 2014 who had a diagnosis of ICH. Patients without follow-up scans, along with those who underwent a surgical intervention that precluded hemorrhage volume calculation on subsequent scans or who had an initial hemorrhage volume < 1 cc were excluded.

Overall, 221 minutes was the mean time to PCC drug administration.

Compared with patients who had PCC administered after 195 minutes, those who had it completed before that time had a significantly lower rate of mean change in ICH volume (16.95% vs 60.28%; P=.0032).

As a result of these findings, Dr Mehta and colleagues proposed a recommended reversal time of less than 200 minutes for vitamin K antagonists. 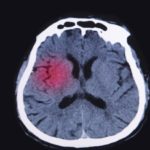