VANCOUVER, British Columbia — In addition to increasing brain-derived neurotrophic factor (BDNF), greater social support also reduced the risk for dementia and stroke, according to results of assessment of a large community sample from the Framingham Heart Study.

“Social support may play a role in increasing serum BDNF levels, and BDNF may serve as a potential supplemental marker of social isolation,” Joel Salinas, MD, MBA, study researcher from Massachusetts General Hospital and Harvard Medical School, Boston, told Neurology Advisor. “Emotional support and, in particular, having someone available to listen are forms of social support that may independently help reduce the risk of stroke and dementia.”

Currently, dementia affects more than 5 million Americans and is associated with annual economic costs of approximately $200 billion. Because of the inadequacy of current therapies and lack of success with Alzheimer’s disease drug trials, Dr Salinas and fellow researchers aimed to examine modifiable lifestyle factors, such as social relationships, to determine their impact on brain health and better understand how they could be leveraged for prevention and therapy.

“Because lower circulating BDNF levels and small social networks have separately been associated with higher risk of incident stroke, cognitive dysfunction, and the accumulation of Alzheimer’s disease pathology, we postulated that BDNF may be a biological link between social relationships and a reduced likelihood of developing stroke or dementia,” he said.

In the study, which was presented at the 2016 annual meeting of the American Academy of Neurology (AAN), researchers assessed BDNF levels in 3383 participants from the Framingham Heart Study.

“A community-based prospective cohort like the Framingham Study is ideal for identifying novel pathways that might be involved in brain health, since prospective studies are better able to distinguish the temporal direction of any observed association to help separate probable cause and effect,” Dr Salinas said.

According to study methodology, social support was determined via the Berkman-Syme Social Network Index (SNI) battery, regression models were used to examine isolation, and SNI social support items served as predictors of BDNF and risk for incident stroke and dementia.

“Clinically, these findings suggest that the relatively simple intervention of developing and implementing strategies that provide greater amounts of specific types of social support may help protect against age-related neurologic disease through a measurable neurobiological mechanism and are worth exploring further,” Dr Salinas said. He added that the findings build on previous work by helping to provide clues for why studies consistently identify that social engagement and participation may help reduce the risk for Alzheimer’s disease and other forms of dementia. 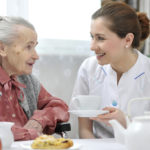