During the American Academy of Neurology’s 2017 Annual Meeting in Boston, April 22-28, researchers from the department of experimental biomedicine and clinical neuroscience at the University of Palermo, Italy, presented a study showing the effectiveness of transcranial random noise stimulation (tRNS) in alleviating fibromyalgia-associated symptoms.1

Previous research in patients with fibromyalgia indicates that transcranial direct current stimulation (tDCS) of the motor cortex alleviates pain, while tDCS of the dorsolateral prefrontal cortex leads to improvements in disease-related psychological factors (ie, anxiety and depression) and cognitive function.2-4

A non-invasive technique that modulates cortical neuronal activity by applying a weak current to the scalp, tDCS was shown to be effective, safe, and amenable to clinical practice. The precise mechanisms underlying the effectiveness of this technique are poorly understood, but it is postulated that tDCS may affect the excitability of neurons by changing their resting membrane potential.2 Lasting effects resulting from tDCS may result from its modulation of long-term depression and potentiation, as well as its impact on functional connectivity, both in the region directly stimulated and in distant, but structurally connected regions, as with tDCS stimulation of the primary motor cortex, which also has an impact on the thalamus and dorsal prefrontal cortex.2 In addition, tDCS of the primary motor cortex was found to activate µ-opioid receptors in the periaqueductal gray matter, precuneus, and left prefrontal cortex, providing analgesia to thermal stimuli.5

In the current study, tRNS — the application of an alternating current to the cortex delivered at random frequencies — was used in women with fibromyalgia (n=20; age 26 to 67). Study participants were randomly assigned to 2 treatment groups: one receiving active (real) tRNS and one sham (placebo) tRNS daily for 2 weeks, excluding weekends. Prior to and following tRNS treatment, patients were asked to take a battery of tests: the visual analogue scale (VAS) to evaluate pain levels, and the Fibromyalgia Impact Evaluation Questionnaire. In addition, patients’ psychological state was assessed using the Mini Mental State Examination, the Hospital Anxiety and Depression Scale, as well as the Trail Making Test, the Rey Auditory Verbal Learning Test, the Forward and Backward Digit Span, and the FAS verbal fluency test to measure executive cognitive function.

The researchers concluded that tRNS is superior to tDCS in the treatment of fibromyalgia, as it improves cognitive function in addition to pain. They added that pairing tRNS with stochastic resonance may lead to longer-lasting and more widespread benefits by synchronizing neural activity. 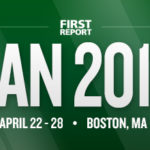 AAN 2017: What To Expect at This Year’s American Academy of Neurology Annual Meeting