PHILADELPHIA — Variant genotypes associated with Alzheimer disease also predict decline of cognitive performance in patients with Parkinson disease, according to research presented at the 2019 American Academy of Neurology Annual Meeting, held May 4-10, 2019, in Philadelphia, Pennsylvania.

The investigators of this study sought to evaluate the role of common genetic variants, or susceptibility loci, for Alzheimer disease in the development of cognitive decline and dementia in Parkinson disease. A total of 151 patients with Parkinson disease without baseline dementia were followed for a mean 2.9 years. A linear mixed effects model was applied to test associations between cognitive performance and single nucleotide polymorphisms in previously identified loci related to Alzheimer risk.

The investigators found that the presence of single nucleotide polymorphisms at susceptibility loci CR1, BIN1, CLU, and PICALM, which were previously associated with risk of developing Alzheimer disease, were also predictive of longitudinal cognitive decline in patients with Parkinson disease.

The investigators suggest that further long-term studies are needed to replicate these findings. 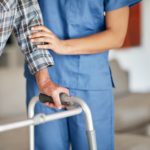