According to a study presented at the third annual ACTRIMS Forum, held February 1 through 3, 2018 in San Diego, California, obesity-associated lowering of vitamin D levels may not mediate the putative causal relationship between obesity and multiple sclerosis (MS).1

Among the environmental factors that have been associated with increased risk for MS are Epstein-Barr virus infection, exposure to cigarette smoke, low vitamin D levels, and adolescent/young adulthood obesity — the latter association being restricted to women.2 In addition, obesity has been associated with low serum levels of 25-hydroxyvitamin D.

In the current study, the investigators sought to evaluate the causal relationship between obesity and development of adult-onset MS, independent of vitamin D levels. Because of the lack of high-quality data from randomized studies investigating the direct causal inference of obesity on MS, the researchers used Mendelian randomization.

A genome-wide association study (GWAS) by the Genetic Investigation of Anthropometric Traits (GIANT) consortium of body mass index (BMI; n=322,105 of European descent) identified 97 loci associated with BMI.3 Based on these identified genetic variants, the researchers involved in the current study previously determined that genetically elevated BMI affects MS susceptibility (ie, a BMI change from ≥25 kg/m2 [overweight] to ≥30 kg/m2 [obese] during childhood/early adulthood leads to an estimated 4.1% increase in risk for MS).4

In 2017, the International MS Genetics Consortium conducted a GWAS meta-analysis to estimate the effects of these identified loci on MS by their association with BMI.5 The study included data from 14,802 patients with MS and 26, 703 healthy controls. The effects of these BMI-associated loci on vitamin D levels were evaluated in a subsequent study in which GWAS and whole genome sequencing were combined (n=42,274). Estimates from the effects of BMI and vitamin D were used in the current study in which a Mendelian randomization approach was taken to evaluate the vitamin D-adjusted effect of BMI on MS of BMI.

“This study demonstrates that the effect of obesity on MS risk is not mediated only by lowered vitamin D levels,” concluded the investigators, adding, “These findings provide motivation to better understand how obesity increases the risk of MS.” 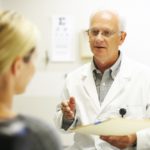