PHILADELPHIA — Mutations in genes commonly associated with sudden cardiac death were discovered in nearly 25% of sudden unexpected death in epilepsy patients in a new study.

The aim of the study, presented at the 2015 American Epilepsy Society Annual Meeting in Philadelphia, was to better understand the causes of sudden unexpected death in epilepsy (SUDEP) and to explore the hypothesis that rare genetic variants contribute to SUDEP risk.

The final analysis included clinical data and whole exome sequences from 62 SUDEP cases. The mean age at epilepsy onset was 10.5 years, while the mean age of SUDEP was 28 years.

Overall, slightly more men experienced SUDEP compared with women, with a ratio of 1.2 to 1.

“The discovery of mutations known to cause cardiac sudden death in nearly one quarter of our SUDEP cohort suggests that cardiac dysrhythmia may contribute to pathophysiology in a proportion of SUDEP cases,” Dr. Crompton and colleagues wrote in the abstract. “[This] raises the possibility that SUDEP might be preventable in some cases by restricting the use of anti-epileptic drugs known to prolong QT interval, and in selected cases, by recommending beta-blockers, pacemakers, or implantable cardioverter-defibrillators.”

The researchers added that the high prevalence of DEPDC5 mutations might signal a particular SUDEP predisposition in patients with these mutations.

“This may be because … subtle cardiorespiratory abnormalities coexist with epilepsy in these individuals,” Crompton and colleagues wrote. “Crucially, our collapsing analysis identifies genes which are biologically plausible as contributors to SUDEP, although no single gene reached exome-wide significance in our study cohort. Analyses of larger SUDEP cohorts hold promise for identifying hitherto unsuspected genes as contributors in SUDEP pathophysiology, providing vital insights into pathophysiology and ultimately prevention of SUDEP.” 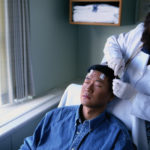