However, the effect was not observed in people with new onset focal epilepsy, suggesting that ongoing seizures contribute to the biological phenomenon.

Participants were comprised of individuals with new onset focal epilepsy (n=20) from the Human Epilepsy Project, those with intractable focal epilepsy (n=18) being assessed for surgical resection, and healthy controls (n=20). Whole brain T1 weighted MRI was obtained for all participants, with two age estimates generated per subject based on white matter and gray matter segmentation. The PRONTO multivariate machine learning matlab toolbox predicted age based on data from healthy controls from large, public imaging databases.

“This technique could potentially be used to identify individuals with intractable epilepsy early in the course of their disease,” Dr. Pardoe said, “and may also be useful for other applications like measuring the protective effect of antiepileptic medication.” 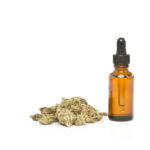