PHILADELPHIA — For the detection of seizures, use of 3 biosignals — heart rate (HR), arterial oxygenation (SpO2), and electrodermal activity (EDA) — improved accuracy compared with HR alone, according to data presented at the 2015 American Epilepsy Society Annual Meeting in Philadelphia.

“Although [electroencephalography] remains the gold standard for seizure detection, we have found strong evidence that extracerebral biosignals, specifically [HR], [SpO2] and [EDA], can be used in combination to detect epileptic seizures in everyday life for a high percentage of epileptic patients,” study investigator Diana L. Cogan, BS, ME, and PhD candidate at the University of Texas at Dallas, told Neurology Advisor.

Among all captured seizures, HR increased 15% or more. In 20 (83.3%) of the seizures, an SpO2 drop of 5% or more occurred immediately after the rise in HR, and in this subgroup, 12 seizures had strong EDA responses, 6 had weak EDA responses, and 2 had no EDA response.

The researchers also reported that the increased HR/decreased SpO2 combination was observed less often in non-seizure situations than an increase in HR alone. 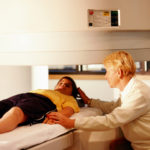