Poor QOL can negatively affect a patient’s overall health and well-being; therefore, QOL has the potential to be a valuable outcome measure when assessing treatment in patients with epilepsy.

After adjusting for seizure status, polypharmacy was still found to be associated with worse QOL (odds ratio [OR] 11.46; 95% CI: 2.06-63.88). Using binomial regression, the addition of chronotype or depression generated no improvement in the model. Notably, none of the most commonly used AEDs—including levetiracetam, lacosamide, lamotrigine, zonisamide, and carbamazepine—were significantly associated with QOL except lacosamide. It should be noted, however, that no patients in the study were on lacosamide monotherapy.

“The only important variable from the survey that stood out with an association with QOL remained to be unemployment, and we were quite surprised that none of the sleep or depression markers had any association with polypharmacy,” study co-author Mark Quigg, MD, MSc, professor of neurology at the University of Virginia, told Neurology Advisor. “Unemployment in this case is not the real variable or cause – it’s a surrogate marker of overall patient function.”

Based on the results, the study authors concluded that further investigation into the influence of polypharmacy on QOL is needed. For now, awareness of the effects of polypharmacy on patient well-being is an important component of care.

“We have to use more than one medicine if we’re pushed to meet goals of seizure remission, because of course seizure remission and QOL have strong correlations,” Dr Quigg said. “There is a cost [associated with] that use of polypharmacy, and at least if one is aware of that set of associations, you can go forward knowing the risks and benefits that you are exposing the patient to.” 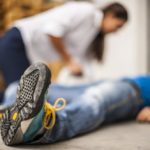