Through mouse models and some human studies, statins have been shown to have neuroprotective, antiepileptic properties2-4; however, their effect on seizure frequency is not known.

For this study, Barbara Decker, MD, of the University of Vermont, and colleagues conducted a retrospective chart review of patients aged 18 to 80 with epilepsy who were receiving statin therapy.

Of 234 charts reviewed, 8 patients (3 female) fulfilled study criteria. Five patients had symptomatic epilepsy with focal onset seizures, and 3 patients had idiopathic generalized epilepsy. Age at diagnosis was 1 to 24 years (median = 5 years), and duration of epilepsy prior to statin use was 13 to 59 years (median = 43 years). At the time of statin initiation, patients were taking at least 2 antiepileptic drugs (AEDs).

The authors noted several limitations, including the small study population, lack of a control group, and use of retrospective data. Still, the results suggest that statins may play a potential role in treating refractory epilepsy. 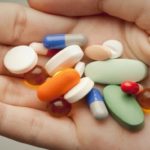