Poor seizure control, lack of breastfeeding education from a neurologist or lactation consultant, are factors contributing to lower breastfeeding rates in women with epilepsy, compared with the general population, according to study results presented at the American Epilepsy Society 2019 Annual Meeting, held in Baltimore, Maryland from December 6 to 10.

This retrospective study included 102 women with epilepsy who underwent pregnancies, as well as 113 healthy controls, all treated at the Beth Israel Deaconess Medical center between 2009 and 2018.

The most commonly identified reasons for not breastfeeding included fear of antiepileptic drug exposure through breast milk, physician’s recommendation to avoid breastfeeding, technical difficulties leading to failed attempts to breastfeed, and lack of milk supply. Al-faraj and colleagues also noted that women with epilepsy were much less likely to receive consultation on breastfeeding after birth.

In a press release, Abrar Al-Faraj MD, instructor of neurology at Boston University School of Medicine, and lead author of one of the aforementioned studies, highlighted that, “A woman with epilepsy should always discuss her treatment and ask about breastfeeding with her neurologist to ensure safety, especially if she is taking more than one medication.” 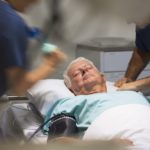 Apnea and Arrhythmia Associated With Increased Mortality Among Patients With Epilepsy