In patients with multiple sclerosis (MS), depression, changes in appetite, sadness, and loss of pleasure are predictive of suicidal ideation, according to results from an observational study presented at the 2016 CMSC Annual Meeting in National Harbor, MD.

Despite a high prevalence of depression and suicide in patients with MS, only 50% of patients are screened, allowing many symptoms to go undetected. In order to identify common predictors of suicide and evaluate the impact of disability and relapse rate on suicidal ideation, Aliza Ben-Zacharia, DrNP, ANP-BC, of Mount Sinai Hospital in New York conducted a cross-sectional study in 34 patients with MS.

Participants in the study were primarily female (71%), Caucasian (73.5%), married (56%), educated, and living with a partner or their family (68%). Prevalence and predictors of suicide were measured by the Beck Depression Inventory II (BDI-II) and Beck Depression Inventory Fast Screen (BDI-FS). Based on BDI-II and BDI-FS scores, the overall prevalence of suicide was 11.76% and was associated with participants who were not married, not Caucasian, and lived alone. Symptoms predictive of suicidal ideation were major depression, changes in appetite, sadness, and loss of pleasure (P<.05). Notably, a greater degree of MS relapse – but not disability – was found to be associated with suicidal ideation (P<.05).

Given the results, Ms Ben-Zacharia stressed that early screening with the BDI-FS is critical in clinical practice to identify patients at risk of suicide. Larger studies are warranted to further explore the influence of disability and MS relapse on suicidal ideation. 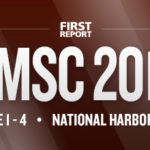