A study has shown that children with acquired demyelinating syndromes (ADSs) who report a lighter skin tone and a non-white race are more likely to receive a diagnosis of MS, though this effect is likely due to factors other than UV absorption. This research was presented at the 32nd Annual Meeting of the Consortium of Multiple Sclerosis Centers, held May 30-June 2, 2018, in Nashville, Tennessee.

Research took place at multiple sites in Canada from 2004 to 2017. Between 2010 and 2017, the study researchers assessed skin tone by studying an area of the upper inner arm that did not receive significant sun exposure.

The study researchers included 107 children in this study, 42 of whom had MS and 65 of whom had monophasic ADS. The groups did not differ significantly by melanin measurements (P =.98) or self-reported skin tones (P =.25). There was a higher number of children who reported a non-white race in the MS group (P =.03). There was also a difference in self-reported skin tone, with an interquartile range (IQR) of 5 (4-8) in the MS group and an IQR of 6 (4-7) in the monophasic ADS group (P =.01). In this last metric, lower numbers correspond with lighter skin tones.

The study researchers concluded that “[in] this environment [latitudinal zone (43°-51°)], children with ADS are more likely to be diagnosed with MS if they report a non-white race and lighter skin tone. However, melanin content did not distinguish groups, suggesting that factors other than UV absorption, such as genetic risk determinants, dermal synthesis of vitamin D, diet, and other factors are likely contributing to the difference in outcome.” 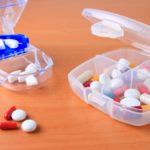