SEATTLE — Age- and sex-stratified comorbidity and concomitant medication use has been found among individuals with multiple sclerosis (MS) who have newly initiated disease-modifying drugs (DMDs). This research was recently presented at the 33rd Annual Meeting of the Consortium of Multiple Sclerosis Centers held May 28 through June 1, 2019, in Seattle, Washington.

This retrospective study included 8251 individuals (75.5% women; mean age 43.2±10.2 years) whose data were recruited from the IQVIA RWD Adjudicated Claims US database from January 2010 through June 2017. Participants were included if they had at least 2 claims of MS diagnosis between January 2011 and June 2015, at least 1 DMD claim during the same time period, continuous commercial insurance from baseline to end of follow up, age between 18 and 63 years, and no baseline DMD use. Concomitant medications and comorbidities were assessed using claims and ICD-9-CM and ICD-10-CM codes.

The mean Charlson comorbidity score at baseline was 0.41±0.93. In follow up, 30.0% of participants were diagnosed with comorbid hyperlipidemia, 28.2% with hypertension, 26.2% with gastrointestinal disorders, 25.5% with depression, and 20.1% with anxiety. In addition, 70.6% were on concomitant antibiotics, 57.0% on analgesics, 52.0% on corticosteroids, 47.7% on antidepressants, 46.7% on anticonvulsants, 43.2% on anxiolytics/sedatives/hypnotics, 36.2% on spasticity medications, and 35.4% on muscle relaxants. Patients aged ≥55 years old were more likely to have more comorbidities and many concomitant medications (P <.05). Men were more likely than women to have hyperlipidemia, diabetes, and hypertension, whereas women were more likely to have depression, anxiety, arthritis, gastrointestinal disease, thyroid disease, lung disease, and use of the majority of concomitant medications (P <.05).

The study researchers conclude that “[c]omorbidity and concomitant medication use was common in this sample of patients with MS newly initiating DMDs and varied by age and sex. This may have implications for MS treatment. A better understanding of the effects of comorbidities and concomitant medications on the effectiveness and safety of DMDs is needed to support clinical decision-making.” 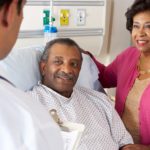 Alemtuzumab is Effective to Treat RRMS in Patients of African Descent