SEATTLE — A considerable proportion of pediatric patients with multiple sclerosis (MS) are undertreated, as the persistence to the most commonly prescribed first-line disease modifying therapies (DMTs) after diagnosis, interferons and glatiramer acetate, is low, according to research presented at the Consortium of Multiple Sclerosis Centers Annual Meeting, held May 28 to June 1, in Seattle, Washington.

This analysis was designed to describe the current landscape and treatment patterns of DMT use among pediatric patients (<18 years) newly diagnosed with MS. The MarketScan commercial database was used to identify patients with 2 MS diagnosis claims within the period of January 2010 to December 2016. The patients were then followed for 1 year after first diagnosis. Study outcomes included the percentage of patients initiating treatment, DMT use by treatment lines (first line, second line), persistence of treatment (based on time to treatment discontinuation), and switching treatment over the follow-up period. Trends for uptake of infusible and oral DMTs over time were cross sectionally explored by each year.

Among the 288 patients (mean age 14 years; 61% girls) meeting the inclusion criteria, 65% (n=188) did not receive any DMT within the first year of diagnosis. Among those who were treated, 75% were girls. The most common first-line treatments used were interferons and glatiramer acetate (83%), with 20% of first-line patients switching within the first 6 months of treatment initiation (median time to switch: 176 days). Patients had a tendency to discontinue treatment, on average, within 10 months after diagnosis (median time to discontinuation: 288 days). From 2010 to 2017, the overall uptake of oral and infusible DMTs in pediatric patients with MS treated in the previous years has increased.

Study investigators concluded that “the proportion of undertreated pediatric [patients with MS] is considerable. Although patients who are treated following diagnosis are most commonly prescribed interferons and glatiramer acetate, the persistence to these first-line DMTs in a pediatric patient population is low. With the growing uptake of newer oral and infusible DMTs over the recent years, there is a need to increase treatment awareness in the pediatric MS population and to inform currently approved treatment options to the prescribers.”

Study investigators report connections to several pharmaceutical companies. Please refer to the reference for a full list of disclosures. 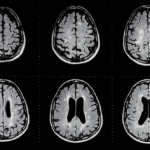