From June 4 to 8, 2017, the International Parkinson and Movement Disorder Society (MDS) will hold the 21st International Congress of Parkinson’s Disease and Movement Disorders in Vancouver, British Columbia, Canada. This year’s theme, “Pathophysiology of Basal Ganglia Disorders: From Cell to System to Patient,” will be highlighted throughout the meeting as the featured content of 2 plenary sessions, 9 parallel sessions, a skills workshop, and a teaching course.

In addition to the latest research findings and expert speakers, a new feature of the meeting is the MDS Demo Lab, where the MDS invites attendees to participate in hands-on demonstrations of the MDS e-learning tools and MDSGene Database. The meeting will also feature several resources for early-career scientists and first-time attendees.

The meeting kicks off on Sunday, June 4, with 4 therapeutic plenary sessions, including “Treating Motor Complications of Parkinson’s Disease” and “Treatment of Dystonia.” The remainder of the meeting will generally offer a mix of plenary sessions, numerous parallel sessions, teaching courses, skills workshops, video sessions, and poster presentations.

On Monday, June 5, for example, one of the plenary sessions will focus on “Pathophysiological Underpinnings of Clinical Manifestations,” and the parallel sessions will include “Movement Disorders in Paraneoplastic and Autoimmune Disease” and “Pediatric Movement Disorders.” There will also be 2 teaching courses offered, including “Neuroimaging Techniques of Systems Neuroscience,” and several skills workshops, such as “Post-Surgical Management of Deep Brain Stimulation Therapies.”

To learn about other anticipated highlights of the event, Neurology Advisor spoke with Christine Klein, MD, chair of the Congress Scientific Program Committee, 2015-2017, and the Schilling Professor of Neurogenetics and Neurology at the University of Lübeck in Germany.

Neurology Advisor: Why was this particular theme chosen for this year’s meeting?

Dr Klein: The theme was chosen because of its timeliness and important translational implications. We are just now entering an exciting phase in movement disorders and neurology, in which pathophysiological (molecular) findings are starting to be translated into causative therapies. The front runners are antisense nucleotide therapies for Duchenne muscular dystrophy and spinal muscular atrophy 1 (SMA1), but there is hope that similar approaches may also be adapted to and successfully employed in the field of movement disorders, although this will still take some time.

Another important reason for choosing this meeting theme was that it is particularly well-represented in Vancouver, where this year’s meeting will take place. The upcoming meeting will feature several outstanding Vancouver scientists and movement disorder specialists and their exciting work. This is one of the perks of having the congress at different rotating meeting sites, as it always comes with the special flavor of the city and its academic institutions and their scientists.

Neurology Advisor: What are some of the types of science that will be presented at the meeting?

Dr Klein: The meeting generally will cover cutting-edge science from all movement disorder fields ranging from epidemiology and classification and clinical description, to pathophysiology, basic science, and experimental and novel therapeutic options.

Neurology Advisor: What is the overall status of the movement disorders field?

Dr Klein: The movement disorder field is doing extremely well, and it is a privilege to work with so many outstanding colleagues around the world and to see how young colleagues are attracted to our subspecialty. They flock to the meetings, the MDS summer schools, and other teaching events. They take on leadership roles at different levels and constitute a true, worldwide “family” and network.

There is a plethora of movement disorders and, due to the advent of molecular neurobiology, the cause of hundreds of them has been elucidated in recent years. This is exciting from a diagnostic point of view and also provides unprecedented opportunities for research and drug development.

Neurology Advisor: What are some other aspects of the meeting attendees can look forward to?

Dr Klein: The meeting offers a broad variety of talks and events tailored to everyone’s interests in the field. A particular focus is the promotion of basic science and getting young fellows and students involved. Also, there are numerous practical skills workshops, discussion forums, and opportunities for both formal — such as meet-the-professor sessions — and informal interaction.

Last but not least, the Vancouver Convention Center is among the most beautiful in the world, offering perfect functionality along with spectacular views of the stunning city of Vancouver, which is known for its beauty and culture — and also for a lot of rain. But rest assured, the weather forecast is excellent for the entire week of the meeting.

Stay with Neurology Advisor for live coverage from the International Congress of Parkinson’s Disease and Movement Disorders beginning on June 5, 2017. 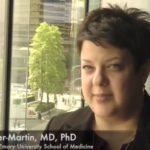