Previous studies have supported the benefits of SLT on motor and nonmotor symptoms in patients with PD, including clinical improvement, according to the MDS-Unified Parkinson’s Disease Rating Scale (UPDRS) 1 to 3 combined scores.

The current exploratory analysis aimed at determining the impact of SLT on MDS-UPDRS 1-3 subitems for patients with PD.

The primary endpoint was change in MDS-UPDRS 1 to 3 subitems from baseline to 6 months.

The MDRS-UPDRS 1-3 has 59 subscales in total; none of them favored or tended in favor of the control group.

“SLT had an impact across a broad range of sub-items measured by MDS-UPDRS,” the researchers noted. They added that “these effects were demonstrated on top of current drug therapies. If confirmed in larger studies SLT would provide a safe and convenient therapy to improve many persistent motor and non-motor symptoms in [patients with] PD.” 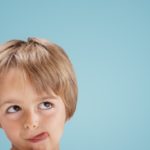