Patients with early Parkinson’s disease (PD) are at a greater risk of cardiovascular disease, and in turn worse motor and cognitive outcomes, according to findings presented at the 2016 World Parkinson Congress, held September 20-23, 2016 in Portland, Oregon.

Given that a high or medium cardiovascular risk is both common and associated with worse motor and cognitive outcomes in patients with PD, clinicians should consider initiating statin therapy, as it may be a “missed opportunity for preventive treatment,” the authors concluded. 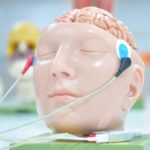