HealthDay News — Getting a second dose of the Johnson & Johnson COVID-19 vaccine substantially increased its protection, the company announced Tuesday.

According to the results of a new clinical trial, two doses of the vaccine boost immunity to 94 percent from the 74 percent offered by a single dose, the company said in a statement.

“Our single-shot vaccine generates strong immune responses and long-lasting immune memory. And, when a booster of the Johnson & Johnson COVID-19 vaccine is given, the strength of protection against COVID-19 further increases,” Mathai Mammen, M.D., Ph.D., global head of Janssen Research and Development at Johnson & Johnson, said in the statement.

Two shots are also 100 percent effective against a severe bout of disease, the company claimed. But that estimate is not certain, The New York Times reported.

The new data have been submitted to the U.S. Food and Drug Administration. Since the single-dose Johnson & Johnson vaccine was approved in February, nearly 15 million Americans have gotten it, The Times said. 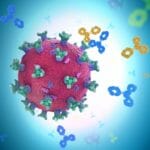