Alienation of minority patients and labeling and generalization about their lower socioeconomic class, lifestyle practices, and needs result in inadequate treatment, suggesting that racial bias in patient-provider interaction can exacerbate health disparities in minorities, according to a systematic review published in The Lancet.

Previous studies have shown that racism in patient care may result in unequal health outcomes for certain populations, specifically minorities. This inequality has been exacerbated during the COVID-19 pandemic, as mortality rates were disproportionally high in minorities.

The current study aimed at exploring the nature of racial bias in the clinical setting with the hope to change the interaction between providers and patients and improve health outcomes.

Supremacism of healthcare providers who had a condescending attitude (11 articles, 48%) and a less emphatic attitude (14 articles, 61%) led to alienation of patients. In approximately half of articles (12 articles, 52%), inadequate treatment was reported to be secondary to labeling of minority patients and generalization about their lower socioeconomic class, lifestyle practices, and needs.

Negative assumptions and stereotypes resulted in providers being more fearful of minorities. Some providers denied health inequality in their treatment approach and suggested that lack of patient compliance, rather than racism, was the cause for poor health outcomes.

The study had several limitations, such as the inclusion of only articles published in English and potential underestimation of the extent of racism in health care.

“Our findings serve as a call to action for health-care institutions to implement targeted anti-racism interventions such as diversity training, anti-racism forums and increased implicit bias education,” concluded the study researchers. 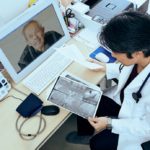