The Internet has become “a ubiquitous part of individuals’ information lives,” since most people “have access to and are becoming comfortable with using the internet for their information needs.”1 A just-released survey from the Pew Research Center2 found that 81% of Americans say they go online daily, a figure that includes 28% who go online almost constantly, 45% who go online several times a day, and 9% who go online about once a day. Approximately 8% go online several times a week or less often, and only 10% of US adults report that they do not use the Internet at all. According to a Pew Research Center Fact Sheet, “the internet represents a fundamental shift in how Americans connect with one another, gather information, and conduct their day-to-day lives.”3

The increasingly central role of the Internet is a trend affecting all industries and areas of life and medicine is no exception. A 2013 Pew Research Center and Internet Life Project report found that 59% of US adults said that they turned to the Internet regarding a health problem during the past year, with 77% starting with a search engine such as Google, Bing, or Yahoo. Another 13% say they began the research using a site specializing in health information (eg, WebMD).4

A report issued by Eligility.com found that 89% of Americans Googled their health information before seeking medical care, with most respondents reporting that they wanted to see how serious their health condition was before going to an actual doctor.5

Patients who research health conditions online seek information on a wide variety of topics, including treatment side effects, second opinions, complementary or alternative medicines, and specific diagnoses.6 Notably, a 2002 study of patients who use the Internet found that the majority of respondents “appeared confident that they were accessing reliable information, and most did not share this information with their doctors.”6 The “rapid proliferation of health information on the Internet has resulted in more patients turning to the Internet as their first source of health information and acquiring knowledge on their health conditions before seeking a professional diagnosis.”1

Acquiring health information online enables patients to feel “more empowered and more inclined toward being involved in their health and health decision making.”1 However, this may also “change the way in which patients interact with and participate in consultations with their physicians and how they feel about their relationship with their physicians.”1 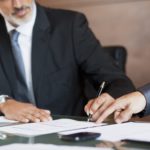