Most patients undergoing skull base irradiation for cancer do not have detectable cognitive impairment.
The Handoff

The longer women are exposed to estrogen during reproductive years, the less likely they are to be depressed.
Pain

Older adults with chronic pain have been found to have poorer memory and executive function than their younger counterparts.
MDS 2017

Kara Smith, MD, a movement disorders specialist at UMass Memorial Medical Center and an assistant professor at the University of Massachusetts Medical School, both in Worcester, discusses how a brief free speech sample might be used to calculate a patient's cognitive and motor scores. Scroll below the video to read the full transcript.
Migraine and Headache

As many as 80% of patients with migraine experience photophobia, which can occur during or between attacks.
Neurobehavioral Disorders

Prescriptions for benzodiazepine lasting 2-3 months or more and marked dose increases should be avoided.
Neurodegenerative Diseases

Mindfulness meditation was associated with improvements in measures of anxiety, depression, and negative thoughts.
Neurobehavioral Disorders

Among older adults with subthreshold depression, collaborative care was linked to a decrease in PHQ-9 scores.
International Stroke Conference 2017

Psychological distress may cause changes within cells that trigger inflammation and oxidative stress, both of which are believed to increase stroke risk.
Next post in International Stroke Conference 2017 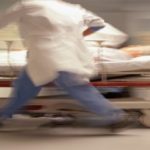