The safe prescription of aducanumab, an amyloid-β–directed human immunoglobulin G1 (IgG1) monoclonal antibody, in patients with symptomatic Alzheimer disease (AD) will require a substantial investment in both human and physical infrastructure, according to a systematic review published in Neurology.

Over the past few years, several large-scale clinical trials have been conducted to assess the efficacy and safety of investigational agents that modulate the production, aggregation, and clearance of amyloid-β among patients with symptomatic AD. It has been predicted that the approval of treatments for individuals with early symptomatic AD will markedly increase the demand for health care professionals with appropriate training in the evaluation and staging of patients with AD, along with the interpretation of AD biomarker results.

In the current study, a panel of researchers systematically reviewed the available clinical trial data that detailed the use of aducanumab in individuals with early symptomatic AD. The researchers assigned level of evidence statements, based on the 2017 American Academy of Neurology therapeutic classification of evidence scheme, and presented clinical considerations regarding use of the agent. Regulatory decision, safety information, and clinical context were reviewed as well.

The researchers identified data from 4 clinical trials that evaluated the use of aducanumab and provided level of evidence statements. Overall, 1 of the trials was rated class I and 3 of them were rated class II.

Results of the class I study demonstrated that single doses of aducanumab of up to 30 mg/kg were safe and well tolerated. The 3 class II trials provided evidence that aducanumab 3 to 10 mg/kg decreased the amyloid deposition on brain positron emission tomography scans at 1 year compared with placebo.

Although efficacy data from the class II trials varied according to dose and outcome, aducanumab either had no effect on mean change in the Clinical Dementia Rating® Sum-of-Boxes scores or was associated with less  worsening (vs placebo), which was of uncertain clinical significance. Adverse amyloid-related imaging abnormalities were reported in about 40% of patients who received aducanumab treatment compared with 10% of individuals who received the placebo treatment.

The researchers concluded that “Evidence-based guidance is needed to address key questions (e.g., safety in populations not enrolled in Phase 3 studies, expected benefits on daily function, treatment duration) and critical issues relating to access to aducanumab (e.g., coverage, costs, burden of monthly infusions) that will inform shared decision-making between patients and providers.”

According to the US Food and Drug Administration, the “continued approval of aducanumab may be contingent upon verification of clinical benefit in confirmatory trials.” 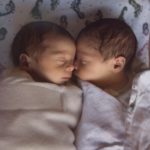