Study data published in Sleep support a potential association between obstructive sleep apnea (OSA) and Alzheimer disease. In a study of autopsied brain tissue, increased OSA severity was linked to greater concentrations of amyloid beta (Aβ) aggregates. OSA also predicted neurofibrillary tangle (NFT) burden in the hippocampus, another key feature of Alzheimer disease. These results corroborate prior studies which suggest that OSA may be a risk factor for Alzheimer disease.

While reduced hippocampal volume is associated with both OSA and Alzheimer disease, the hippocampi and brain stem of patients with OSA have not yet been studied for the presence of Alzheimer disease-associated proteins. The present study used post-mortem brain tissue from 34 patients with clinically confirmed OSA from Iceland. Tissue samples were obtained during autopsy.

Quantitative immunohistochemistry was used to assess the burden of NFTs and Aβ plaques in hippocampi and brain stem samples. Ordinal regression was used to interrogate the association between ODI and the hippocampal burden of Aβ and tau proteins. Models were adjusted for age, sex, body mass index (BMI), use of continuous positive airway pressure (CPAP) treatment, and ODI.

Autopsy brain tissue from 34 adults was used. Mean sample age at death was 67.0 ± 11.1 years, and 18 (52.9%) were women. All patients had autopsy samples taken from the medial part of the temporal lobe, including the hippocampus and parahippocampal gyrus. Additionally, 24 patients had had autopsy tissue taken from the brainstem at the level of the rostral pons. All patients had predominantly obstructive OSA. In total, 18 patients (52.9%) were known to have regularly used CPAP treatment prior to death.

Of the 24 brain stem samples, 5 contained Aβ plaques and 22 contained tau. NFTs and neuropil threads were most frequently observed in the locus coeruleus (LC). The low number of samples with Aβ plaques prevented further investigation of brain stem pathology.

Of the 34 hippocampal samples, 26 had Aβ plaques and/or NFTs; 13 had NFTs only; 2 had Aβ plaques only; and 11 had both Aβ plaques and NFTs. The higher ODI group had a greater proportion of brains with NFT pathology, brains with Aβ pathology, and brains with both NFT and Aβ pathology (P =.006). In fully adjusted regression models, OSA severity did not appear to impact NFT burden. Instead, age was the only significant predictor of NFT stage in hippocampal tissue (P =.002) after controlling for sex, BMI, and CPAP. However, log ODI significantly predicted Aβ plaque stage after adjustments for age, CPAP use, sex, and BMI (P =.029). As such, increased disease severity appeared to predict greater Aβ plaque burden in the hippocampus. In analyses of patients who had samples from both the hippocampus and the brainstem, no significant relationship was found between the pathology in either region for tau (P =.065) or Aβ (P =.550).

These data profile the Alzheimer disease-like neuropathology in the autopsy tissue of the hippocampus and brainstem of patients with OSA. Increased OSA severity was associated with a greater Aβ burden in the hippocampus, though not a greater NFT burden. CPAP use did not appear to affect these relationships.

Additionally, tau and Aβ burden in the brainstem did not appear to be associated with OSA characteristics. However, results should be extrapolated with care as the small sample size limits generalizability. Furthermore, patients with regular CPAP use also had higher BMIs, which may have confounded the relationship between CPAP use and the burden of NFTs and Aβ plaques.

“These results indicate that OSA accounts for some of the ‘cognitively normal’ individuals who have been found to have substantial Aβ burdens…and are currently considered to be at a prodromal stage of [Alzheimer disease],” the investigators wrote. 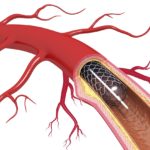