The presence of plasma phosphorylated tau181 (P-tau181) in patients may aid in the diagnosis of Alzheimer disease (AD), a study in Natural Medicine suggests. The findings from this study also indicate that the P-tau181 biomarker may aid in identifying prognostic outcomes of patients with AD.

The study featured 3 cohorts comprised of 589 participants with unimpaired cognition as well as patients with mild cognitive impairment (MCI), AD dementia, and non-AD neurodegenerative diseases. The prospective Swedish BioFINDER study contributed to the cohorts, whereas the third cohort was derived from the Arizona Study of Aging and Neurodegenerative Disorders/Brain and Body Donation Program at the Banner Sun Health Institute.

Cohorts 1 (n=182) and 2 (n=344) included participants who were either cognitively unimpaired with a high prevalence of Aβ positivity (>50%), patients who were Aβ+ with MCI, AD dementia, or patients with non-AD neurodegenerative disease. The third cohort included patients with AD dementia (n=16) and non-AD neuropathologically confirmed cases (n=47) who provided plasma samples 0.02 to 2.9 years prior to death.

The investigators suggest that “plasma P-tau181 can be used as a blood-based biomarker of cerebral PHF-tau pathology,” which may be used in “studies with longitudinally banked plasma samples to study the effects on tau pathology of risk factors, protective factors, and different interventions.” 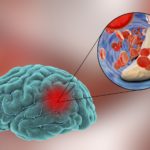