In patients with Alzheimer disease (AD) there is an association between the severity of neurofibrillary tangles (NFT) pathology in the nucleus basalis of Meynert (nbM) and neuropathologic subtypes of AD, which may contribute to the differential benefit of acetyl-cholinesterase inhibitor treatment, according to study results published in JAMA Neurology.

Studies have suggested that the nbM may be among the earliest sites of NFT accumulation. Previously, researchers demonstrated 3 distinct regional patterns of corticolimbic NFT accumulation in subtypes of AD, including hippocampal sparing AD, limbic predominant AD, and typical AD. These subtypes have striking differences in demographic and clinical progression.

As the nbM is a significant target for cholinergic treatment, the goal of the current study was to assess the selective vulnerability of the cholinergic system in AD by exploring the severity of accumulation and neuronal loss in the nbM among AD subtypes.

The cross-sectional study included 1361 AD cases and 103 control individuals without dementia from the Florida Autopsied Multi-Ethnic (FLAME) cohort. Quantitative assessment of NFTs and neuron counts in the nbM was completed in January 2019 at the Mayo Clinic.

Further, the increased NFT accumulation in the nbM of typical AD cases was associated with apolipoprotein ε4 allele, as APOEε4 carriers were expected to have 1.3 (95%CI, 0.15-2.5) more NFTs than APOEε4 non-carriers (P =.03). For every 10-point decrease

Demographic and clinical progression variables were not associated with NFT accumulation in the nbM of limbic predominant AD cases.

“The findings reported in the present study, as well as those reported by others, underscore the importance of considering age at onset, sex, and APOE genotype when interpreting outcomes in AD,” concluded the researchers. 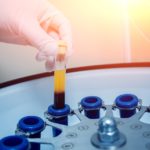