The prevalence of amyloid abnormality was higher in individuals across the Alzheimer disease (AD) spectrum with cerebrospinal fluid (CSF) testing, according to a study published in JAMA Neurology. The CSF-based and positron emission tomography (PET)-based estimates, however, were similar in those with clinical AD dementia.

In patients with AD, pathologic changes are distinguished by cerebral amyloid aggregation, as observed by the presence of amyloid biomarkers on PET scans or in CSF. Estimating the prevalence of amyloid abnormalities in individuals across the AD clinical spectrum is key to health care planning and the reduction of screening failure rates.

The researchers sought to estimate the prevalence of amyloid abnormality in individuals with normal cognition, subjective cognitive decline, mild cognitive impairment, or clinical AD dementia, as well as to evaluate the potential implications of cutoff methods, biomarker modality (PET or CSF), sex, age, APOE genotype, geographic locale, educational level, and severity of dementia for these assessments.

Study results showed that with the use of cohort-provided cutoffs, the prevalence of amyloid abnormalities was similar to estimates from 2015 in individuals without dementia. Additionally, the prevalence was similar across PET-based and CSF-based estimates (24%; 95% CI, 21% to 28%) in individuals with normal cognition; 27%
(95% CI, 21% to 33%) in those with subjective cognitive decline; and 51% (95% CI, 46% to 56%) in participants with mild cognitive impairment. In contrast, in those with clinical AD dementia, the estimates of amyloid abnormalities were significantly higher with PET scans than with CSF analysis (87% vs 79%, respectively; 95% CI, 0% to 16%; P =.04).

Study limitations included the fact that the use of cohort-specific cutoffs to define abnormal amyloid in cohorts for which no data-driven cutoff could be calculated may have resulted in an underestimation of amyloid abnormality in these cohorts. Moreover, the cross-sectional design of the study might have led to an underestimation of amyloid abnormalities as opposed to lifetime risk estimates.

The researchers concluded that the findings from the present study might be useful in “health care planning, providing potential eligible patient population sizes for antiamyloid therapies, and in recruitment strategies for clinical trials.” 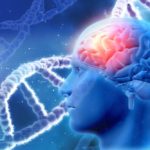 AAN Issues Review of Evidence for Aducanumab in Alzheimer Disease