While AZD0530 is reasonably safe and well tolerated in participants with mild Alzheimer disease (AD), it has no significant effect on cerebral metabolic decline nor on clinical or biomarker measures in AD, according to results published in JAMA Neurology.

Earlier studies have shown that early accumulation of amyloid-β peptide in AD triggers synaptic damage, inflammatory reaction and pathologic tau with cognitive impairment. AZD0530, a potent small-molecule inhibitor of Src family kinase, was found to be tolerable in a previous phase 1b trial. The goal of this of phase 2a randomized clinical trial was to assess the effect of AZD0530 on cerebral metabolic rate for glucose (CMRgl) and to determine the safety and tolerability of the treatment.

This multicenter trial included 159 patients (54.7% male, mean age 71.0±7.7 years) with mild AD recruited between December 2014 and November 2016. All patients were aged 55 to 85 years and had a previous diagnosis of mild AD with positron emission tomography (PET) evidence of elevated amyloid-β peptide levels.

At week 52, no significant difference was found between AZD0530 and placebo based on 18F-FDG PET measurement (decline in relative CMRgl in an AD-associated statistical region of interest: -0.006 units/y; P =.34). Researchers reported the clinical relevance of CMRgl as a biomarker outcome as it was well correlated with cognitive and functional outcomes.

Reported limitations of the study included larger-than-expected rate of attrition, diminishing the statistical power of the study, and limited availability of cerebrospinal fluid for evaluation of treatment effects on biomarker drug levels.

“We could not detect statistically significant effects of AZD530 treatment on relative CMRgl decline in an Alzheimer disease–associated region of interest or in secondary clinical or biomarker measures,” concluded the researchers, “[h]owever, this trial supports the use of CMRgl, as measured by 18F-FDG PET, as a statistically powerful outcome measure that is well correlated with clinical outcomes.” 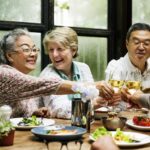