The presence of age-related macular degeneration (AMD), cataract, or diabetes-related eye disease (DRED) with a systemic condition such as heart disease or diabetes is associated with an increased risk of incident dementia, according to research results published in the British Journal of Ophthalmology.

Researchers reviewed data from the UK Biobank study to evaluate the independent and interactive associations between ophthalmic and systemic conditions with incident dementia. These data were also evaluated to determine if the clustering of these conditions was associated with an increased dementia risk.

A total of 502,505 participants were assessed at baseline. After exclusion criteria were applied, a total of 112,364 adults (54% women; mean age, 62.4±4.1 years) remained. Patients with incident dementia were more likely to be older men with APOE4 vs those without incident dementia.

Glaucoma was associated with an elevated risk of vascular dementia, but not Alzheimer disease (HR, 1.48 and 0.89, respectively), nor was it associated with all-cause dementia after adjusting for confounders (HR, 1.07).

Among ophthalmic conditions, DRED only was associated with the largest incident dementia risk. Those with DRED plus a systemic comorbid condition were between 1.50 and 3.24 times more likely to develop dementia compared with those without DRED and the corresponding comorbidity.

Glaucoma only was not significantly correlated with incident all-cause dementia, unless it co-occurred with stroke, heart disease, diabetes, hypertension, or depression.

Patients with diabetic retinopathy had an increased dementia risk compared with those without among patients with diabetes at baseline (HR, 1.65; 95% CI, 1.25-2.16). When those who developed dementia within the first 5 years of follow-up were excluded, multivariable-adjusted HRs for dementia and AMD, cataract, DRED, and glaucoma were 1.28, 1.13, 1.65, and 1.09, respectively. HRs for dementia associated with 1 and ≥2 ophthalmic conditions were 1.11 and 1.55, respectively.

Study limitations include the self-report nature of ophthalmic conditions, the potential miscapture of some dementia cases, the timeline of documented dementia development before eye diseases due to the nature of the prodromal dementia period, and the lack of generalizability to patients outside of the UK Biobank cohort. 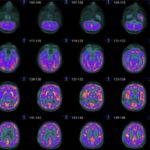