A high pro-inflammatory diet based on a greater diet inflammatory index (DII) score is associated with an increased risk for incident dementia, according study results published in Neurology.

Previous research suggests certain foods can have an effect on inflammation in the body. Researchers hypothesize that diet, a modifiable lifestyle factor, can help fight inflammation and its risk for dementia and cognitive impairment later in life. The objective of the current study was to assess the associations between a pro-inflammatory diet and the risk of developing dementia using the DII.

The DII was developed from evidence suggesting that dietary factors influence inflammation and includes 45 food parameters such as macro- and micro-nutrients, bioactive compounds including flavonoids, and foods/spices, with each parameter associated with an inflammatory effect score. DII score was ranked into tertiles, with the first tertile representing the maximal anti-inflammatory diet potential and the third tertile representing the maximal pro-inflammatory diet potential.

To evaluate the association between the inflammatory potential of diet and the risk for dementia, researchers included community-dwelling older adults with no baseline dementia from the Hellenic Longitudinal Investigation of Aging and Diet (HELIAD) – a population-based, multidisciplinary Greek study initially designed to predict the epidemiology of dementia and other neuropsychiatric conditions tied to aging,

A semiquantitative food frequency questionnaire was used to assess dietary intake and included information on all main food groups consumed during the previous month. Dementia incidence as a function of DII scores was determined with the use of Cox proportional hazards models.

Researchers noted that a significant number of participants were lost to follow-up. Also, dementia diagnosis was based only on clinical criteria, which could lead to disease misclassification bias. Furthermore, the relatively short follow-up may increase the possibility of reverse causality.

“The gradual risk increase for higher DII tertiles suggests a potential dose-response relationship between the inflammatory potential of diet and the risk for incident dementia,” stated the researchers. “The observed associations remained unchanged and significant even after excluding from the analyses participants who reported an energy intake that could be considered nonacceptable due to potential dietary intake misreporting.”

Disclosure: One of the study authors declared affiliations with pharmaceutical companies. Please see the original reference for a full list of authors’ disclosures. 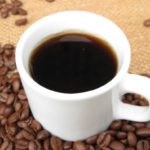