According to study results published in the Annals of Neurology, patients with logopenic primary progressive aphasia (PPA) are more likely to have amyloid-β positivity and be diagnosed with Alzheimer disease compared with patients with non-fluent PPA or semantic PPA.

Overall, APOE ε4 carriers were more likely to be amyloid-β-positive compared with non-carriers (58% vs 35%, respectively; P <.001). The most frequent pathologic diagnosis in patients with logopenic PPA was Alzheimerdisease based on autopsy data (76%).

Study limitations include its retrospective nature, as well as the variability in clinical work-up across centers, particularly with regard to neuropsychological assessment.

Future studies on the genetic features and structural/functional imaging of PPA may “improve accuracy of the PPA diagnosis and the identification of the underlying etiology, which will lead to more accurate and efficient participant inclusion in clinical trials with disease modifying agents tailored to reduce cerebral β tau and/or TDP-43 pathology.” 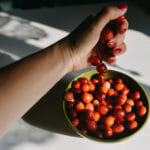