Balovaptan, an oral selective vasopressin 1a receptor antagonist, did not show efficacy for improving socialization and communication among children with autism spectrum disorder (ASD), according to results of a randomized clinical trial published in JAMA Psychiatry.

Pediatric patients (N=167) aged 5 to 17 with ASD were recruited at 41 sites in the United States for the aV1ation study (ClinicalTrials.gov Identifier: NCT02901431) between 2016 and 2019. Participants were stratified by age and gender and randomly assigned in a 1:1 ratio to receive age-adjusted balovaptan equivalent of the adult 10-mg dose (n=86) or placebo (n=81) for 24 weeks. The primary outcome was change in the Vineland-II 2-domain composite (2DC) score from baseline to week 24.

A similar proportion of participants in the balovaptan and control groups reported adverse events (76.7% vs 75.3%, respectively). The most common events were nasopharyngitis (24.4% vs 12.3%), headache (16.3% vs 16.0%), diarrhea (12.8% vs 4.9%), and oropharyngeal pain (10.5% vs 7.4%), respectively. One serious event of suicidal ideation was observed in the balovaptan group, and 4 events of intentional self-injury, aggression, depression, and viral gastroenteritis were observed in the placebo group. A total of 3 patients who received balovaptan withdrew from the study due to anxiety or irritability, and 4 patients who received placebo withdrew due to irritability, troponin T increase, weight increase, or headache.

The major limitation of this study was that the study population did not reflect the diversity of the United States; instead it was biased toward White, non-Hispanic individuals.

The study authors concluded, “The phase 2 aV1ation randomized controlled trial did not meet its primary efficacy endpoint of improvement in change from baseline in Vineland-II 2DC score with balovaptan treatment compared with placebo in children and adolescents with ASD and intellectual quotient of 70 [and] greater at 24 weeks. […] Results suggest that V1a receptor antagonism does not improve social and communication function in pediatric ASD.”

Disclosure: This study was supported by F. Hoffmann-La Roche Ltd. Multiple authors declared affiliations with industry. Please refer to the original article for a full list of disclosures. 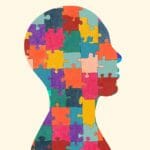